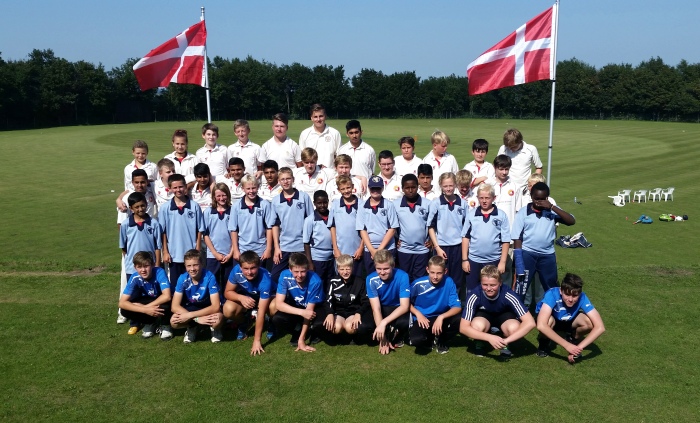 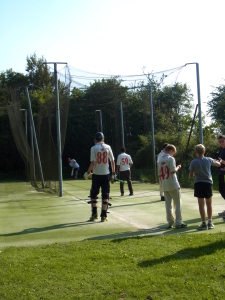 Background – For several years now, THCC Rot-Gelb Hamburg has held successful summer youth cricket camps at its ground in Hamburg, in association with the Twenty20 Cricket Company. In 2014, there were even two camps, a week-long soft ball camp also open to the youngest cricketers and a 3 day hard ball camp for the older ones. In 2015, however, the THCC youth coaches volunteered to dedicate some of their holidays to run the camps themselves. The soft ball camp was run by coaches Keith, Matthew and Steve and took place 17th–20th August at the THCC ground in Hamburg Klein-Flottbek.

For the hard ball camp, however, the coaches recognized that what the U15/U17 players needed most was match practice. With so few matches scheduled during the outdoor season, as a result of having so few opponents in Northern Germany, the coaches reached out to Husum CC early in the year and asked about holding the camp at their fine ground and playing matches against the Husum team and potentially some Danish teams as well. Jörg Krüger at Husum CC invited youth teams from Køge (near Copenhagen) and Skanderborg, and together with the THCC and Husum teams, a 4 team youth cricket festival was born. END_OF_DOCUMENT_TOKEN_TO_BE_REPLACED